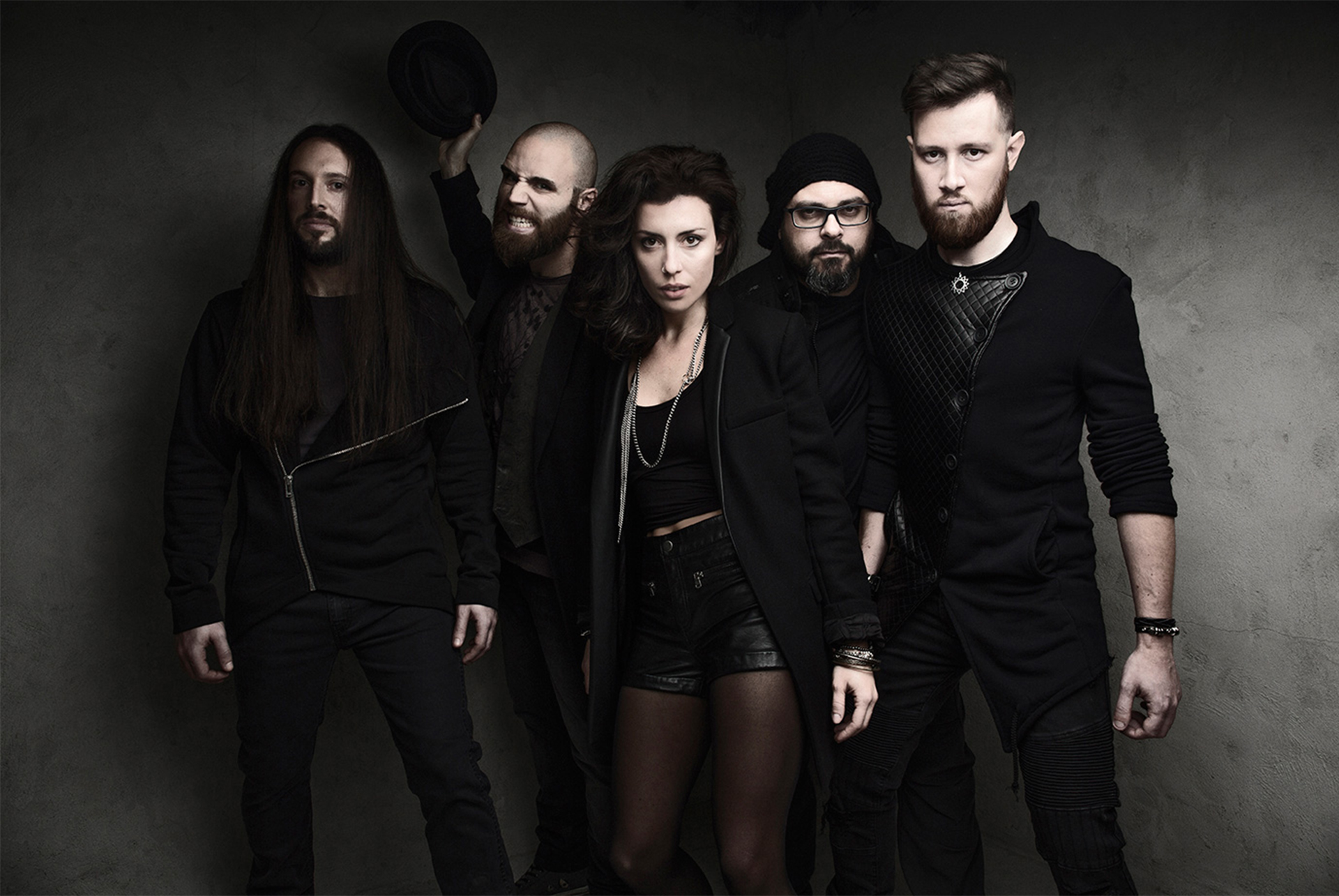 Ravenscry is an Italian rock band founded in 2008 by 5 members located between Milan and Rome.
The formation is:

The first album “One Way Out” was recorded in 2009 with Simone Mularoni (DGM, Empyrios), Simone Bertozzi (The Modern Age Slavery, Empyrios) at Fear Studio in Ravenna (Italy), Dario Ravelli at Suono Vivo in Bergamo (Italy), it was mixed by Fabrizio Grossi (Steve Vai, Steve Lukather, Slash, Laura Pausini, Cypress Hill, Alice Cooper as well as labels like EMI and Warner) at Sounds of Pisces in Los Angeles (USA) and it was mastered by Tom Baker (Judas Priest, Sevendust, Marilyn Manson, Megadeth) at Precision Mastering in Los Angeles (USA). The artwork was designed by Rhett Podersoo (Stephen King).

In 2012 the first album has been released in Japan through Hydrant Music and the official video of Calliope (directed by Salvatore Perrone) was released. After some shows in Italy in 2012, Ravenscry began to work on the new album.

Ravenscry’s second full length, “The Attraction of Opposites” was recorded in 2013 at Ravenstudio by the band itself, it was mixed by Roberto Laghi (In Flames, Diablo Swing Orchestra, Sonic Syndicate) at Bohus Sound Recording in Gothenburg and mastered by Dragan Tanasković (In Flames) still at Bohus Sound Recording studios. The artwork was designed by Stefano Mattioni (The Modern Age Slavery) and it has been nominated as “Best Metal Album Covers of 2014” by the American webzine PureGrainAudio.com.
In the meantime Ravenscry became label, in order to have control on every single step of its work.

Ravenscry played at PPM Fest in 2014 as the only Italian band in the bill, presenting the new album before the official release and reaching a good feedback from the audience. The single “Missing Words” was released as a video directed by Salvatore Perrone in April 2014. “The Attraction of Opposites” was released on May 27th 2014 and it is distributed worldwide (except Japan) by Revalve Records through Masterpiece Distribution. The album charted #6 in the Amazon.com best sellers Alternative Metal chart. In December 2014 Ravenscry funded the shooting of the new video “Noir Desire”, directed by Matteo Terzoli, through the crowdfunding platform “Musicraiser”, supporting a campaign to build consciousness about the Violence Against Women them, which lead to the release of a second video of the song “Alive” in on the International Women’s Day.

In March 2015 Ravenscry charted on Spotify at #31 in “Top Metal Tracks” with “The Witness”.

“The Invisible”, the first concept album by Ravenscry, is the story of a journey, both physical and inner. Coral, the main character, is a young librarian assistant grown up in an orphanage. Books and physics are her biggest passions, and thanks to a book she decides to start her journey: on a book cover she sees a photo that shows a place which reminds her of her childhood and suddenly she feels the need to reach this place and hopefully get to know her origins. Every track of the album is a chapter of the train journey of the girl that, like in every other coming-of-age story, is very risky and difficult but is also a great opportunity to find independence and personal identity.

Coral meets a travel buddy, a retired teacher who at first wants to fool her, but then changes his mind when he understands how special this girl is. With an unusual and seeming unconsciousness, Coral moves towards her nebulous past without any fear, almost as it doesn’t belong to her, and in every track she sings her emotions, accompanying the listener through the story with an incessant intriguing tension in a bizarre atmosphere of incompleteness which, only seemingly, culminates in the final encounter with her father. The poetic fragments of the songs and the booklet containing some interviews to the characters of the story complement each other, and together give birth to a clear, unquestionable and cruel picture: the Truth that we are looking for is fragile and incomplete. Science, religion and feelings, too, replace it and obfuscate it. Coral’s journey really ends only when the happy ending is denied, the certainties vanish and we stand alone facing an unpredictable and withering Truth. The journey of discovery of the Truth is also the one taken by the musicians, who wanted to release a very natural and direct album, in which the music goes with the story and gives voice to it in a relentless movement of different styles and sonorities.

After participating in different European festivals, Ravenscry toured with Angra and Geoff Tate’s Operation: Mindcrime as a support act in the Omni World Tour 2018 playing across Europe.